All five trains, which operated from Anand Vihar, will now run from Old Delhi station till further orders, the sources said Sunday. 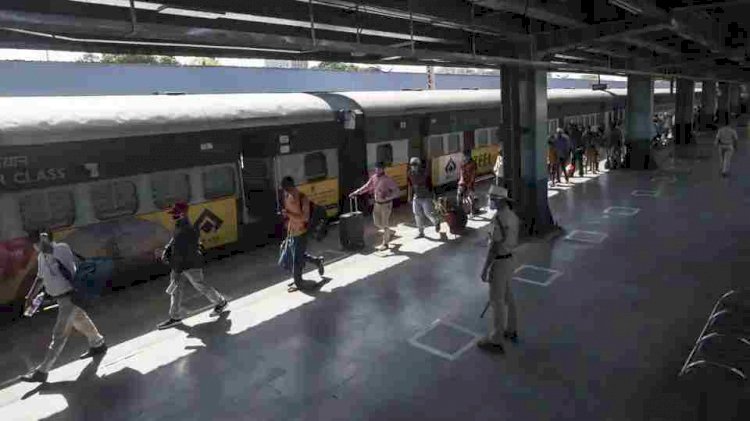 Indian Railway has suspended has suspended all train services from Monday at Delhi's important Anand Vihar railway station. The decision comes following a decision by the Centre to provide Delhi government with 500 railway coaches, turned into isolation wards, to augment the shortage of beds in view of the rising number of coronavirus cases in the city.

All of Anand Vihar Railways station platforms have been reserved for the deployment of isolation coaches for coronavirus patients.

All five trains, which operated from Anand Vihar, will now run from Old Delhi station till further orders.

The Railways has already deployed 54 such coaches in the maintenance depot of the Shakurbasti station and is planning to deploy the remaining coaches on the seven platforms of Anand Vihar station, sources told PTI.

Three trains from Anand Vihar station were to Motihari, Raxaul and Muzaffarpur in Bihar and two trains were to Ghazipur city in Uttar Pradesh.

Delhi recorded 2,224 fresh coronavirus cases on Sunday in the highest single-day spike in the national capital, taking the infection tally to over 41,000, and the death toll mounted to 1,327.

This is the third successive day when over 2,000 cases were reported in a day in Delhi. The previous highest spike in cases -- 2,137 -- was recorded on June 12.

The number of coronavirus cases in Delhi is the third highest in the country after Maharashtra and Tamil Nadu.

Fifty-six fatalities have been recorded in the last 24 hours, the Delhi health department said Sunday.

It’s time to ditch chemical-rich dry shampoos and make one at home. Here’s how