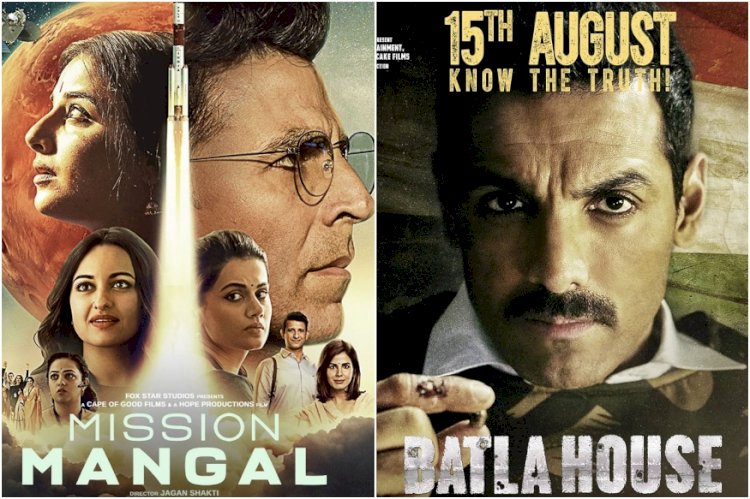 Akshay Kumar's multi-starrer film Mission Mangal clashed with John Abraham's Batla House at the box office this week. It was the second time that the actors came face to face at the ticket window on I-Day. Last year, their films--Gold and Satyameva Jayate--had released simultaneously.

Mission Mangal started off with a victory note earning double the box office collection of Batla House on opening day. The same continued on the second day too. While Akshay's film raked in Rs 17.28 crore on Friday, John's film earned Rs 8.84 crore.

On day one, Mission Mangal turned out to be the biggest opener of Akshay's career and the film earned Rs 29.16 crore. Batla House collected Rs 14.59 crore.

Whereas, Batla House that follows the aftermath of Delhi police’s raid at a flat in Batla House. Two alleged terrorists were gunned down by the police during the raid. It was said that they were connected to a series of bomb blasts which killed 26 and injured 133 on September 13, 2008.