With the new update, Airtel customers recharging with any of the four prepaid plans get one year of free Disney+ Hotstar VIP access 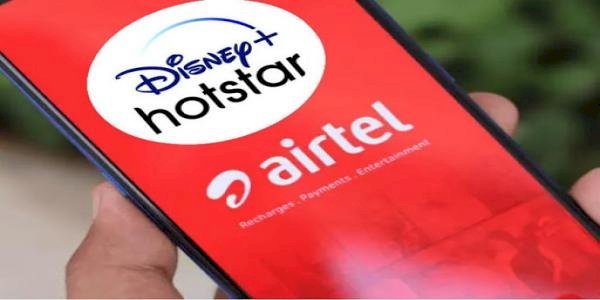 Bharti Airtel will now also provide free one-year subscription of Disney+ Hotstar VIP for its users by bringing the benefit to the ₹448, ₹499, ₹599, and the ₹2,698 prepaid recharge plans. Bharti Airtel was already providing users with a free one-year subscription of Disney+ Hotstar with the Rs. 401 prepaid plan launched four months ago. Airtel has updated the Rs. 401 plan with 10 times additional high-speed data benefit for 28 days.

With the new update, Airtel customers recharging with any of the four prepaid plans get one year of free Disney+ Hotstar VIP access. The latest development comes nearly four months after Airtel brought Disney+ Hotstar VIP with the Rs. 401 prepaid recharge plan.

How to activate: Hotstar VIP

Airtel prepaid users can now activate the plan on both the Airtel website and the Airtel Thanks app. All the five Airtel prepaid plans, including the ₹401 recharge plan, offer free Disney+ Hotstar includes its VIP subscription, which otherwise costs Rs. 399 per year.

THE PLANS ARE AS FOLLOWS:

Airtel ₹499 plan: Along with Disney+ Hotstar VIP subscription, tis plan also offers same benefits as ₹448 plan, though it is specifically designed as a “first time recharge" (FTR) and is available only for new Airtel prepaid customers as their first recharge option.