Majority of the newly launched cities feature advanced billing plans with base speed of 16 Mbps. 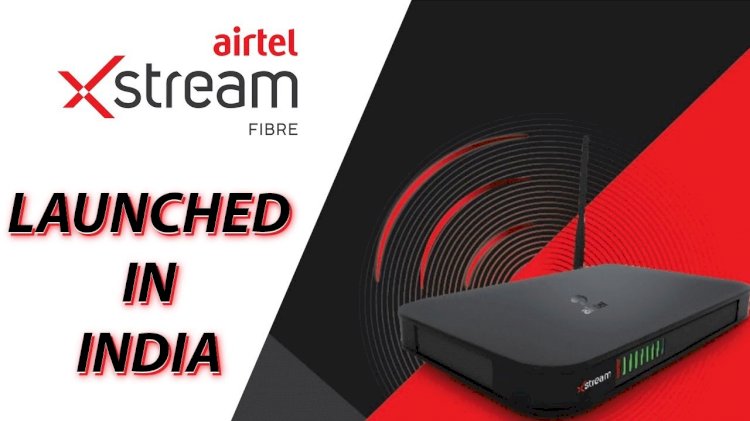 Bharti Airtel has launched its Xstream Fiber services in over 10 cities across India including Shimla, Gorakhpur, Jodhpur and Jhansi. The company in April highlighted on its website that the Airtel Xstream Fiber services would be launched in over 25 cities across India. The cities included Dharamshala, Tiruptai and Udaipur with Airtel highlighting the cities with “launching soon” tag. Airtel has now removed its “launching soon” tag in over 10 cities. Crucially, the majority of the newly launched cities feature the advance rental Airtel Xstream plans with base plan speed of 16 Mbps.

Meanwhile, the company has launched its services with the advance rental plans in Gorakhpur, Jagadhari, Jhansi, Jodhpur, Kakinada, Kolhapur, Shimla, Thanjavur and Yamunanagar. The advance rental plans are usually offered to the cities where Airtel Xstream Fiber services are offered through franchise tie-ups with Local Cable Operator (LCO). Airtel in its fourth quarter earnings ended March 2020 said that 11 cities across India and close to 180,000 homes have been connected through the franchise tie-ups. 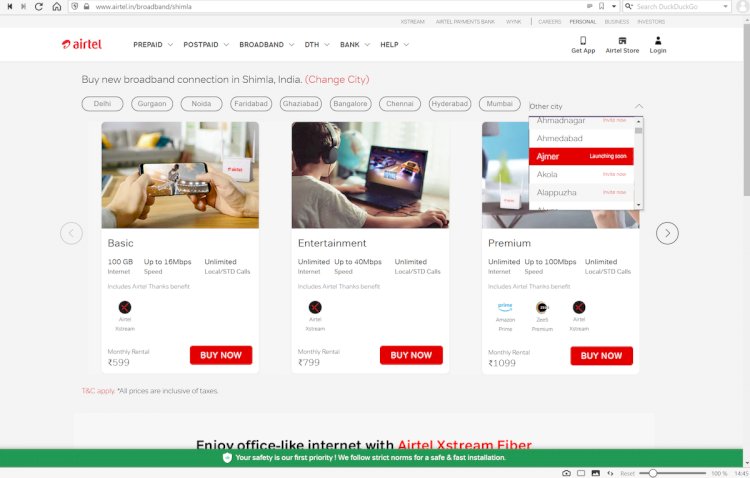 Similar to the standard pan-India plans, Airtel enables users to make unlimited local and STD calls on its advance rental plans along with a complimentary access to Airtel Xstream. Amazon Prime Video and Zee5 subscription are offered on Ultra and Premium plans.

It also has to be noted that the advance billing tiers including Basic, Standard, Ultra and Premium are labelled as Basic, Entertainment, Premium and VIP on the Airtel website. However, the company in its flyers distributed in several newly launched markets have promoted its plan tiers as Basic, Standard, Ultra and Premium. The company is also reported to offer 15% discount on annual plans while a 7.50% discount is applied on six months subscription.