After spending almost a fifth of the year (68 days) locked down, India and Indians can resume normal activities again — albeit with significant safeguards. 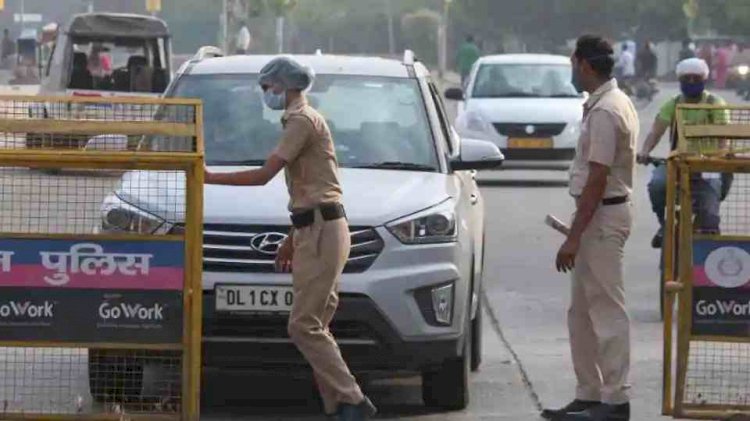 Places of worship, shopping malls, and hotels and restaurants can open from June 8, the Union home ministry said on Saturday, releasing details of the first of a three-phase plan aimed at lifting stringent restrictions imposed over two months ago to stop the spread of the coronavirus disease (Covid-19). The plan, called Unlock 1.0, also removes restrictions on inter- and intra-state travel.

After spending almost a fifth of the year (68 days) locked down, India and Indians can resume normal activities again — albeit with significant safeguards. The coronavirus disease has gathered momentum in May. India ended Saturday with 181,791 cases and 5,106 deaths. The fatality rate in India remains much lower than the global fatality rate, and experts agree that the lockdown has pushed back the peak of infections, giving the country time to strengthen its health care infrastructure.

“All activities that were prohibited earlier will be opened up in areas outside Containment Zones in a phased manner, with the stipulation of following Standard Operating Procedures (SOPs), to be prescribed by the Health Ministry,” a government statement said. It said the plan will have an “economic focus”, as the government looks to bring stalled businesses and activities back on track and revive the third largest economy in Asia that is in the grip of a slowdown due to the impact of Covid-19 and the lockdown prompted by the pandemic.

Though the new guidelines will come into effect from Monday, places of worship (large religious gatherings are still not allowed), shopping malls, and hotels and restaurants (but not bars) will resume operations beginning June 8.

In the second phase, the government plans to reopen all educational institutes including schools and colleges, after holding discussions with states and Union Territories (UTs), who can hold further talks with parents and other stakeholders. A decision is likely in July.

International air travel, metro rail services, cinema halls, gyms, swimming pools, bars, entertainment parks, and auditoriums will remain closed and open only in the third phase. Large gatherings, including social, political, religious, and sporting events are also banned for now. The third phase of the un-lockdown plan will focus on the resumption of these activities. No date, however, has been set for this. All activities mentioned in the three phases of the plan have been banned since March 25, when a nationwide lockdown was imposed for the first time.

Delhi chief minister Arvind Kejriwal has called a meeting of top officials on Sunday to finalise the Capital’s lockdown rules. “The central government has issued a basic framework for unlocking more services and utilities...A call will be taken on Sunday on issues such as opening of malls on an alternate basis or entirely, allowing dine-in service in restaurants, and opening of hotels, salons and spas, among others,” a state government spokesperson said.

In another significant step, the Union government has relaxed the night curfew prohibiting non-essential travel. The ban on such movement will be between 9pm and 5am. Previously, it was between 7pm and 7am.

Containment zones, which can be termed the epicentre of an infection, will continue to be under a hard lockdown at least till June 30, the home ministry guidelines said. Only essential activities will be allowed in these areas and strict perimeter control will ensure that people cannot move in or out except for medical emergencies and essential supplies. The Centre has empowered states/UTs to identify containment zones in accordance with health ministry guidelines. Local authorities can also identify buffer zones, which are areas adjoining containment zones, and impose restrictions.

The guidelines said there shall be no restriction on the movement of persons and goods between two states and within a state, and that no special permission is required for such transport. However, states/UTs may prohibit certain activities outside containment zones based on their assessment, but they are not allowed to dilute the federal guidelines.

“I would urge you to ensure compliance of the new guidelines, and direct all concerned authorities for their strict implementation,” Union home secretary Ajay Bhalla said in a letter to states. He drew their attention specifically to the second phase that deals with the opening of schools and colleges, and asked them to send their feedback.

Like the previous guidelines, the fresh one too advises people above 65, children below 10, pregnant women and those with underlying health conditions to stay indoors. The government has reiterated its advice for downloading the contact-tracing Aarogya Setu app, saying it “enables early identification of potential risk of infection”.

In a section termed “National Directives for Covid-19 Management”, the guidelines said face covers are mandatory in public places, asked people to maintain a distance of at least six feet, and reiterated that spitting and the consumption of paan, gutkha, tobacco and liquor in public places are not allowed. Weddings can be held with a maximum 50 guests and funerals with 20 people in attendance, according to the guidelines. Though there are no restrictions on offices, they have been asked to promote the idea of working from home as far as possible and put emphasis on staggered work hours.

“With a view on ensuring safety in offices and work places, employers on best effort basis should ensure that Aarogya Setu is installed by all employees having compatible mobile phones,” the guidelines said.

The fresh rules have been drafted after telephonic conversations between home minister Amit Shah and chief ministers. On Friday, Shah met Prime Minister Narendra Modi to discuss the suggestions by states.

The nationwide lockdown — the first phase was imposed on March 25 for 21 days — has been extended thrice. The second and the third phases of the curbs — beginning April 15 and May 4 — lasted 19 days and 14 days, respectively. The fourth phase, which began on May 18, ends on Sunday. That works out to a total of 68 days of being locked down.

The government has so far allowed the functioning of public and private offices in a graded manner, resumed limited passenger train services and domestic air travel, and also allowed the conditional reopening of shops and marketplaces except those in malls. Restrictions on public transport too have been considerably eased.

“We welcome the announcement by the Ministry of Home Affairs (MHA) to allow shopping centres, malls to open starting 8th of June,” Amitabh Taneja, chairman, Shopping Centres Association of India, said in a statement.

Shiladitya and Debaditya Chaudhury, co-founders of Oudh 1590, Chapter 2 and Master Dimsum — three popular Kolkata restaurants, said: “We welcome the decision of the MHA regarding opening of restaurants. We are working on a stringent SOP adhering to contact less dining and maintaining social distancing norms, which we will be announced soon...”

Lockdown extended till June 30; malls to open, no to cinema halls, metro trains

Government allows restaurants, hotels and malls to open from 8 June

Too much hand sanitiser can lead to severe hand dermatitis