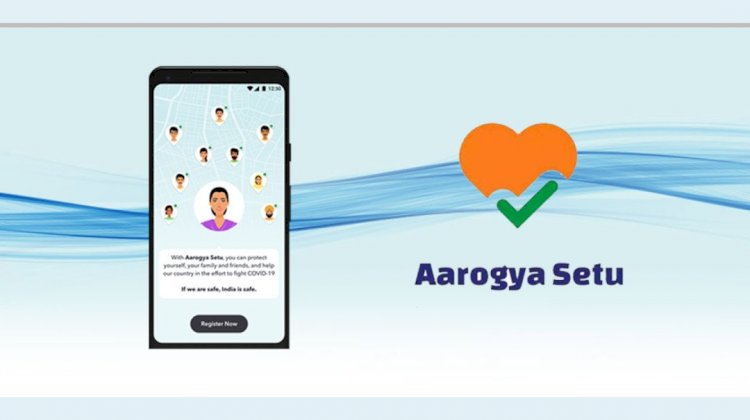 NEW DELHI : Aarogya Setu, the government's mobile application developed to track COVID-19 patients, has emerged as a powerful tool to curb the spread of coronavirus COVID-19 as it helped alert authorities about more than 650 hotspots across the country and over 300 "emerging hotspots" which could have been missed otherwise. Since its launch on April 2 this year, over 96 million people have registered with the Aarogya Setu health care application, which has become the fastest mobile app to reach 50 million users globally and will be one of the fastest entrant to the 100 million club.

The Aarogya Setu has helped the government with its twin objective -- "whom to test" and "where to test more" in its battle against COVID-19. Speaking to ANI, Niti Ayog CEO Amitabh Kant said: "For instance, in Maharashtra, the engine identified over 60 hotspots across 18 districts. Across the nation, the engine predicted about 130 hotspots at the sub-post office level between April 13 to April 20. Later, these forecasted hotspots were declared as 'real hotspots' by the Union Health Ministry some 3 to 17 days after being alerted by Aarogya Setu. This way, the engine helped the government with "whom to test" and "where to test more" against the coronavirus."

"The Aarogya Setu App alerted the government about more than 650 hotspots across the country and over 300 emerging hotspots which could have been missed otherwise. It gives accurate forecast of hotspots and it is also preventing the origin of newer hotspots. The engine has generated incredible insights and impact with precise projections of locality, direction and velocity of the spread of infection," he said.

The Niti Ayog chief informed that so far around 69 million people have taken the self-assessment test, an adoption rate of more than 71 per cent, out of which, over 3.4 million people have self-declared themselves as unwell since they were showing one or more than three symptoms. With this, a dedicated team of over 70 healthcare workers have reached to people who displayed two or more than two symptoms of COVID-19.

"This is how a dedicated team of more than 70 healthcare workers have reached out to about 650,000 people who showed two or more symptoms. More than 16,000 people have been administered follow-up tele-consultation by doctors," he said.

At least 12,500 users, who downloaded the Aarogya Setu, have detected positive for COVID-19 so far. The Bluetooth based interaction data has led to around 60,000 people being assessed and alerted at various degrees of risk which include self-isolation, quarantine and testing.About 8,500 people have tested from the set of people assessed as high-risk and of which more than 23 per cent have tested COVID-19 positive so far giving an extraordinary testing accuracy.

The Aarogya Setu app is available in 12 different languages and soon it is set to expand to all 22 scheduled Indian languages, the Niti Aayog CEO added.

Indian, US firms working together on 3 possible Covid-19 vaccines: Envoy