Roughly two out of three Indians may have some protection from Covid-19, government experts on Tuesday said, citing the latest sero survey findings that they described as a “ray of hope”, but added that a large part of the population is still vulnerable and future waves cannot be ruled out 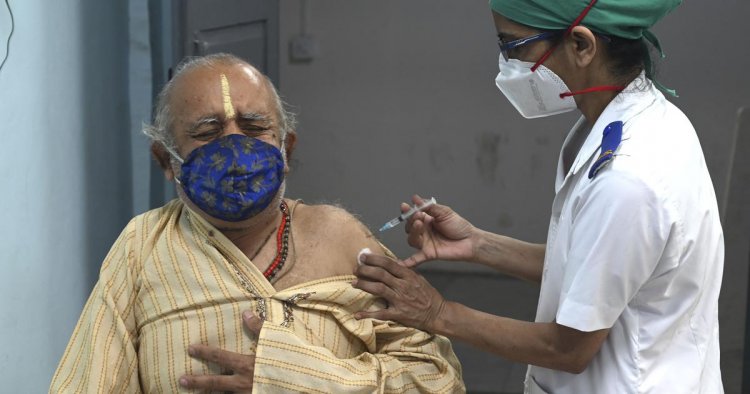 The study covered 28,975 people who were tested for antibodies for Sars-CoV-2. In all, 67.6% of the participants tested positive as a result of either an infection or because they took a vaccine.

“Two-thirds of the general population, above the age of six, had antibodies. More importantly, a third of the population did not have antibodies, which is roughly 400 million people,” said Balram Bhargava, the director general of the Indian Council of Medical Research (ICMR), at the government’s routine press briefing.

The seroprevalence among the unvaccinated was 62.3%. In those who had a vaccine, the prevalence rate was 81% for those with one shot, and 90% for those who took both doses.

Samples were taken “in the last 10 days of June and the first week of July”, Bhargava said, and added that the survey design was different from the past nationwide sero surveys since this one included children above the age of six. “But the survey was held in the same 70 districts spread across 21 states,” he said.

India’s third nationwide sero survey, which covered 28,589 people, was completed in early January, when prevalence was 24.1%. Till January 10, India had roughly 10.4 million infections. India’s second wave of infections broke out in late March and peaked in April-May. Till July 10, roughly the time when the latest sero study ended, the cumulative cases were at 30.8 million.

Having Sars-CoV-2 antibodies offers protection from Covid-19 – the higher the concentration, the lower are the chances of a reinfection or symptomatic disease, research has shown. In the real world, this has meant that a past infection or vaccination helps prevent symptomatic or serious disease, if not an infection altogether.

“Implications of this sero survey clearly show there is a ray of hope, but there is no room for complacency. We must maintain Covid-appropriate behaviour, and community engagement,” said Bhargava. He also clarified that the survey could not be used to estimate local-level parameters.

“Societal, public, religious and political congregations should be avoided. Non-essential travel must be discouraged, and [people should] travel only when fully vaccinated. The way forward is to ensure full vaccination among health care workers as soon as possible and to encourage vaccination in vulnerable groups,” he said.

A second government expert, too, stressed on the need to maintain precautions. “The important thing to note is that 40 crore people have no antibodies. We would like them to gain protection through vaccination and not an infection. Because such a large pool of vulnerable population is still among us -- one out of three -- the pandemic is in no way over. Second wave is still persisting. Danger of outbreak is still very much there,” said VK Paul, Niti Aayog member (Health).

Experts said that the findings should be seen cautiously and warned against making assumptions about so-called herd or population immunity. “The aggregated data at the national level is a piece of good news but not a reason to celebrate or have unreasonable optimism. We should be very careful and not jump the gun in declaring that we are nearer the threshold of population immunity. We can still have major outbreaks, as we see in the UK, Israel, and others,” said Dr Giridhara R Babu, head, epidemiology, Indian Institute of Public Health.

Herd immunity or population immunity refers to a level of protection in a community where there are too few people left for an infectious pathogen to spread. For Sars-CoV-2, this level was initially thought to be around 66% for the virus that was first seen in Wuhan. For the Delta variant, the threshold is believed to have risen to 80-87.5%, since the mutations make it spread significantly faster.

But the concept has also been tricky in the case of Covid-19 for other reasons. Herd immunity is a concept accounted for in the case of vaccination-induced immunity. Additionally, antibodies from a natural infection can vary between people and tend to wane after a particular amount of time.

Dr Babu said these were among several caveats to keep in mind. “One, even if this is truly representative, there is a high proportion of uninfected and unvaccinated persons in India. Two, there can be a disproportionately higher susceptible pool of uninfected persons in certain regions and some age groups. We should ramp up the vaccination coverage and widen it to ensure susceptibility levels should decrease. Finally, we do not know much about the proportion of reinfections in the community and antibody waning in the general population,” he added.

Protection from Covid-19 also depends on a second line of defence of the immune system, which involves T cells and B cells. At the same time, new variants of the coronavirus can help the virus evade immunity from a past infection as well as vaccination -- although people are still expected to be somewhat protected from severe disease and death.

SpaceX Backed Starlink Broadband Service Could Debut in India in 2022

Roadside religious structures in Uttar Pradesh to be removed...