In view of the Covid-19 crisis, Finance Minister Nirmala Sitharaman in March this year had announced a number of relief measures for taxpayers and the common man, including the waiver of ATM withdrawal charges and relaxation in EPF withdrawal rules. 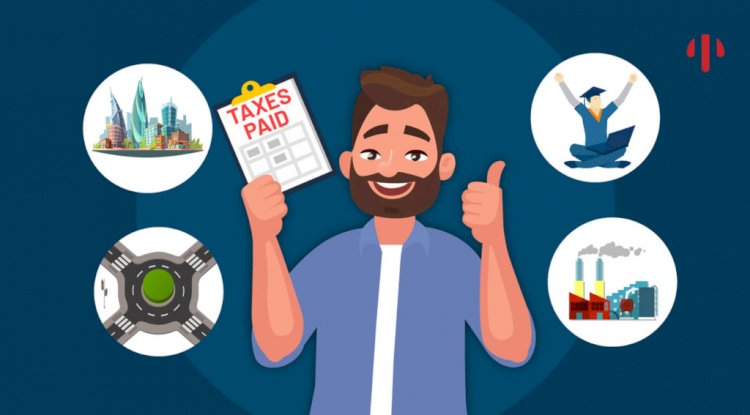 In view of the Covid-19 crisis, Finance Minister Nirmala Sitharaman in March this year had announced a number of relief measures for taxpayers and the common man, including the waiver of ATM withdrawal charges and relaxation in EPF withdrawal rules. Taking into consideration the hardship faced by the people during the lockdown, the government has recently further extended the due dates for various compliance requirements related to income tax for FY 2019-20 and FY 2020-21.

Still, the deadlines for certain relief measures have ended now, while some new rules have been introduced effective from July 1, 2020. Therefore, it is in your own interest to take note of these changes and also to avoid any fee or penalty.

Here we are taking a look at 5 changes in such rules effective from today:

The government had announced a few months back that it would allow the Employees’ Provident Fund subscribers to make a partial non-refundable withdrawal from their PF accounts to address cash-crunch issues resulting out of the prevailing Covid-19 crisis. However, the deadline to avail of this facility has now ended. Now this could disappoint some of you who were planning to make a PF withdrawal. That said, if you were unable to do so, you should also look at the bright side. Your PF is the backbone of your retirement savings, and the longer it gets to grow without getting diminished by partial withdrawals, the bigger is the size of the final corpus. More so because PF interest rates are usually higher than most small-savings schemes like PPF and NSC without involving any additional investment risk.

Now, “if your income channels have got adversely impacted due to the pandemic, you may want to look for other means to raise cash. These could be digging into your emergency fund, pausing or liquidating a non-essential investment, or taking a loan against your gold, endowment plans and securities like shares and mutual fund investments. If you’re also servicing a home loan, you can also take the moratorium support till August 31, 2020 to save some cash. However, since interest will accrue if you opt for this facility, ensure you have a plan to repay this accrued interest alongside your regular EMIs soon after the moratorium ends by making adequate prepayments,” says Adhil Shetty, CEO, BankBazaar.com.

In March this year, in view of the Coronavirus outbreak, Finance Minister Nirmala Sitharaman had announced a number of relief measures for the common man, including the waiver of ATM withdrawal charges for three months, which ended on June 30. Now you will be required to pay the applicable charges for using your ATM cards for withdrawing cash from ATMs.

Financial experts, however, believe that the return of ATM charges from July 1 is a good opportunity for more people to turn to the ubiquitous UPI as well as your debit and credit cards. The key is to reduce dependence on cash. “In the current scenario with a raging pandemic, it is advisable to avoid ATM queues or handling notes and coins which are just more surfaces that may carry infections. There are several UPI apps now available on your smartphone. You can use them to not just pay payments for your daily transactions but also to avail occasional rewards such as cashback. Similarly, make the most of the rewards you’re eligible for on your cards, apart from enjoying the interest-free period on your credit card,” says Shetty.

The FM had announced some relief measures related to payment of taxes during the lockdown period, if such taxes were paid latest by 30 June this year. One such relief measure was related to the interest payment on advance tax. It may be noted that the first instalment of advance tax is required to be paid by June 15 every year. So, if this is paid by this date, then no interest is levied. After that one is required to pay interest on the taxes due.

The government had earlier notified that if this tax is paid after June 15 but by June 30 this year, then interest on the delayed payment of taxes will be levied at 0.75 per cent a month, instead of 1 per cent. In view of the Coronavirus crisis, however, the FM recently further extended the due dates for various compliance requirements related to income tax for FY 2019-20 and FY 2020-21, but the said notification did not extend the reduced interest rates for advance tax payments made beyond June 30, 2020. This means that those paying their advance tax now will have to pay 1 per cent interest on the taxes due instead of the reduced rate of 0.75 per cent.

Stamp duty was earlier levied on specified transactions and documents, mostly on property transactions. However, being a state subject, it also used to vary from state to state. The government has now made stamp duty uniform across the country and has also made some changes in its rules.

A notification issued by the Ministry of Finance on June 30 said that in order to facilitate ease of doing business and to bring in uniformity of the stamp duty on securities across states and thereby build a pan-India securities market, the Central government has created the legal and institutional mechanism to enable states to collect stamp duty on securities market instruments at one place by one agency (through Stock Exchange or Clearing Corporation authorized by it or by the Depository) on one Instrument. A mechanism for appropriately sharing the stamp duty with relevant state governments has also been developed which is based on the state of domicile of the buyer.

From today, ie. July 1, 2020, stamp duty will also be imposed on various instruments like mutual funds. The notification, however, states that mutual funds, being delivery-based transactions in securities, were supposed to have been paying the duty as per various State Acts. So, now all MF transactions are liable for stamp duty and the new system has only standardized the charges across states and the manner of collection of stamp duty.

Apart from allowing the waiver of withdrawal charges across ATMs, the FM had in March this year also announced suspension of the minimum balance requirement fee in the savings accounts of banks. This was for three months till June 30 and effectively has ended now since no extension of this facility has been made by the government. Therefore, if you are not maintaining the minimum balance in your savings account owing to the Covid-19 crisis or any other reason, then be prepared to pay the required charges on it from today.

FDA issues warning against 9 hand sanitizers: Hope you are not using them

5 new rules for bank account holders, ATM card users, others from this month