The 5000-year old Neolithic monument in southern England has yielded few secrets about the people buried amidst its ring of towering rocks. 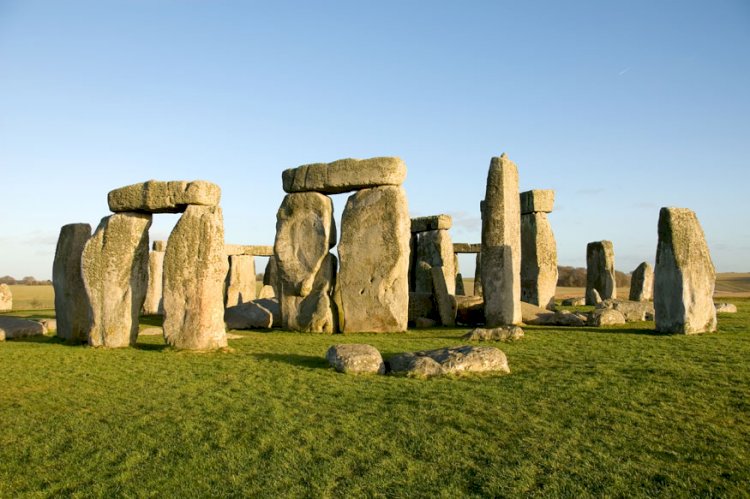 Despite a century of scientific scrutiny, the 5000-year old Neolithic monument in southern England known as Stonehenge has yielded few secrets about the people buried amidst its ring of towering rocks.

Most of their remains were cremated, leaving only ashes, a few bone fragments, and an archeological dead-end.

But a eureka moment discovery by Christophe Snoeck, a University of Oxford graduate student at the time, revealed that many probably came from as far afield as Wales in western Britain, source of the bluestone used to carve Stonehenge's mysterious and entrancing monuments.

Some of these pre-historic wayfarers -- who may have helped transport the massive stones -- were cremated before their ashes were laid to rest, Snoeck and colleagues reported in a study published Thursday in Scientific Reports.

Others may have died on the job, or settled near Stonehenge to finish their days.

What Snoeck discovered in the lab is that strontium, a heavy element found in bone, resists the high temperatures of a funeral pyre, which can top 1000 degrees Celsius (1832 degrees Fahrenheit).

Indeed, extreme heat seals the element's unique signature, isolating it -- even over thousands of years -- from contamination by surrounding soil.

For scientists trying to tease out data from human remains burnt to a crisp, this opened up a gold mine.

"But all the inorganic matter survives, and there is a huge among of information contained in the inorganic fraction of human remains," Snoeck explained.

By measuring traces of strontium, he said, "it is possible to evaluate the origin of the food we eat, especially the plants."

- From the forests of Wales -

Plants absorb strontium from the soil, and that strontium is then incorporated into our bones, reflecting the place where the plants grew.

The researchers examined skull bone fragments from 25 people buried during an early phase of Stonehenge's history, around 3000 BC.

Ten of them, they determined, had spent at least the last 10 years of their lives in a different region.

Archeologists already knew that Stonehenge bluestone came from Wales, so when the strontium profile of these ten outsiders matched what is known of the region's flora, it seemed reasonable to assume they did as well.

The scientists were also able to tell whether the wood used in funeral pyres was from the Wessex area around Stonehenge, or from trees typical of the forests in Wales.

This enabled them to conclude that some of the people buried at the site had probably been cremated in western Britain before their ashes were transported.

Archeologists who excavated the site in the early 1920s -- before reburying the remains -- reported that cremated matter had been deposited in organic containers such as leather bags, apparently brought from a distant place for internment.

Much remains unknown about the pre-historic humans who erected Stonehenge, including the beliefs and rituals that animated their culture.

But the new findings "suggest that people from the Preseli Mountains in West Wales not only supplied the bluestones used to build the stone circle, but moved with the stones and were buried there too," concluded John Pouncett, a co-author of the study and Spatial Technology Officer at Oxford's School or Archaeology.

All told, there are between 150 and 240 cremation burials at Stonehenge, according to a recent study in the journal Antiquity.

According to the board, opportunities will be extended to students irrespective...

Both OnePlus 7T and OnePlus 7T Pro are getting new updates that squash certain bugs...

In addition to this, the company further announced the inauguration of its new corporate...

The solar eclipse will continue for around six hours today. The annular phase (the...

Tickets for these trains can only be booked online, the ministry of railways said,...

Coronavirus: How one Indian company could be world's door...

If the world is to gain access to a vaccine for COVID-19, there's a good chance...