The company on Friday announced that the feature will be available in India starting today. 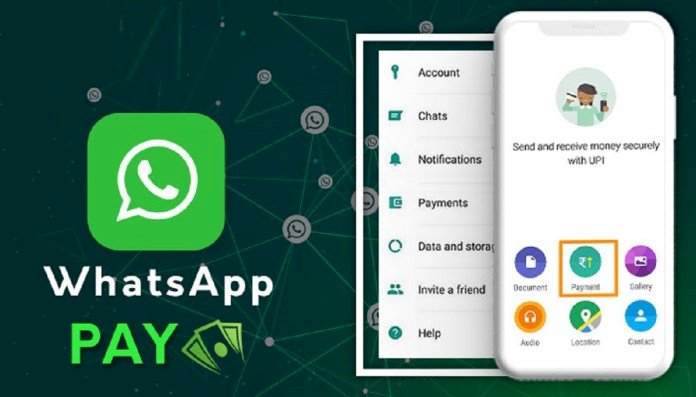 WhatsApp Pay has finally gone live in India. The company on Friday announced that the feature will be available in India starting today. WhatsApp in its blog has mentioned that it wants to make money transferring as easy as sending messages on the app. India currently has many payment apps including Paytm, PhonePe, Google Pay among others.

Announcing the new feature, WhatsApp said in a blog, “Starting today, people across India will be able to send money through WhatsApp. This secure payment experience makes transferring money just as easy as sending a message. People can safely send money to a family member or share the cost of goods from a distance without having to exchange cash in person or going to a local bank.

WhatsApp has designed its payments feature in partnership with the National Payments Corporation of India (NPCI) using the Unified Payment Interface (UPI), an India-first, a real-time payment system that enables transactions with over 160 supported banks.

WhatsApp has partnered with five leading banks in India including ICICI Bank, HDFC Bank, Axis Bank, the State Bank of India, and Jio Payments Bank. “To send money on WhatsApp in India, it’s necessary to have a bank account and debit card in India. WhatsApp sends instructions to banks, also known as payment service providers, that initiate the transfer of money via UPI between sender and receiver bank accounts,” WhatsApp said. People can also send money through WhatsApp to anyone who is using an app that supports UPI.

“In the long run, we believe the combination of WhatsApp and UPI’s unique architecture can help local organizations address some of the key challenges of our time, including increasing rural participation in the digital economy and delivering financial services to those who have never had access before,” WhatsApp blog reads.

In a bid to enhance security and privacy on the app, WhatsApp will make users enter UPI Pin for every payment. The company has said that “payments is designed with a strong set of security and privacy principles”. WhatsApp Payments is available for all iOS and Android users. To get the new feature, users are required to update their apps.

WhatsApp recently rolled out a new disappearing message feature for users across the globe. When you turn on the disappearing messages on WhatsApp, new messages sent to a chat will disappear after seven days. "We’re starting with seven days because we think it offers peace of mind that conversations aren’t permanent while remaining practical so you don’t forget what you were chatting about. The shopping list or store address you received a few days ago will be there while you need it, and then disappear after you don’t," WhatsApp said.

Airtel users can avail free YouTube Premium subscription for 3 months, here is how

From online bank transactions to LPG cylinders, these rules...

After removing India’s alternative to TikTok, Mitron, from the Google Play Store,...

On World Philosophy Day, here's looking at 5 works of fiction that have philosophical...

The Audeze Mobius is a brilliant pair of headphones, offering affordable planar...

The petitioner, Harsh Chugh, a Delhi based tutor has argued that the app should...

The University Grants Commission or UGC, the higher education regulator, has released...