Shilpa Shetty, who is also a fitspiration for many with her websites and YouTube channel, just became a member of PM Narendra Modi's advisory committee on fitness called Fit India Committee. 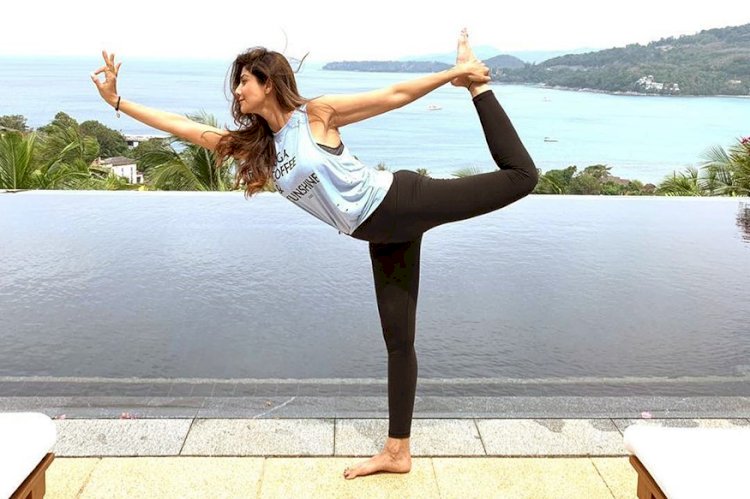 Shilpa Shetty, who is all set to make her comeback in films after a hiatus of 13 years with Nikamma, just added another feather to her hat. The actress, who is also a fitspiration for many with her websites and YouTube channel, just became a member of PM Narendra Modi's advisory committee on fitness called Fit India Committee.

The committee aims to promote more healthy lifestyles for the citizens of the country and consists of members of the Indian Olympic Association, athletes, National Sports Federation, and various government bodies.

Shilpa took to Twitter to share the news with her fans. She wrote, "I am happy to be on the advisory committee of the Fit India movement envisaged by our Honourable PM. Hoping to lend my support in finding fun, easy ways to make every Indian fit and making this movement/vision a success."

The actress has time and again promoted the cause of fitness, health and balanced diets. Shilpa is a regular practitioner of Yoga and maintains that the exercise helps her body as well as her mind. Her Sunday binge, where she eats a heavy meal on her cheat day, is quite popular. However, she is easily India's fitness inspiration.

Coming back to her film Nikamma, the film will mark the debut of YouTube sensation Shirley Setia. It will also feature Abhimanyu Dassani who appeared in Mard Ko Dard Nahi Hota. The film is directed by Sabbir Khan and will have a 2020 release.

Neetu Kapoor on Rishi Kapoor's Cancer Treatment in New York: 'He Became Like My...

Both the Xiaomi smartphones, 9 Pro 5G and Mi Mix 5G, will be powered by the Snapdragon...

TDS on payment of dividend by mutual funds has been reduced to 7.5 per cent from...

Recently, the apex court asked the finance ministry for its opinion on an interest-free...

Anderson will be shooting in Angoulême, the capital of the Charente region in southwestern...

Uber said affected employees will receive a minimum of 10 weeks of pay. The move...

Tiger Shroff's sister Krishna shared a picture of a poem written by the former when...

The best price deal can be availed if you pay for the new iPhone 11, iPhone 11 Pro...