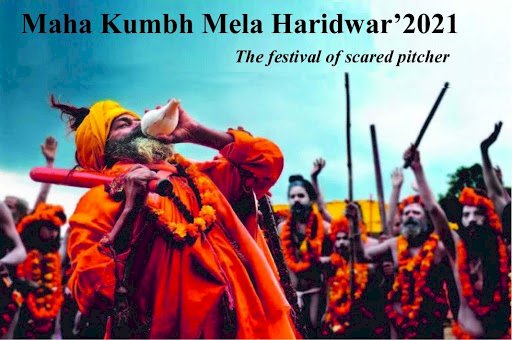 With Mahakumbh scheduled early next year, the Uttarakhand government and Kumbh Mela administration have decided to assess the carrying capacity of Haridwar and Ganga ghats for Mahakumbh with social distancing norms in place.

Mahakumbh in Haridwar will commence from January and conclude in April. Prior to the Covid-19 outbreak, the state government had assessed that 12-13 crore people would participate in Mahakumbh 2021.

In a recent meeting of department officials, chief minister Trivendra Singh Rawat directed the Kumbh Mela administration to assess the capacity of Ganga Ghats and Haridwar so that permission can be given to an appropriate number of pilgrims during the Mahakumbh fair.

Ganga ghats in Haridwar are being classified into highly sensitive, sensitive, and safer zones and they have been accordingly color-coded.

“Pilgrims will be apprised about red, yellow, and green ghats. The authorities will not allow pilgrim footfall that threatens social distancing norms as well as creates congestion at one particular ghat,” said Inspector General, Kumbh Force, Sanjay Gunjyal.

According to Mela officer in charge Deepak Rawat, assessment of Ganga Ghats will provide an approximate number of pilgrims when social distancing norms are implemented.

“The whole Kumbh Mela zone has been divided into 23 zones and respective sectors and zonal magistrates will monitor them. Keeping the pandemic in mind, capacity assessment of Ganga ghats, on daily basis, as well as during royal baths (Shahi naan ), is being done,” said Rawat.

“Project management team is assessing the capacity of Ganga Ghats on per sq metre basis. We will have the report in a few days after which the exact number of pilgrims to be allowed on each ghat will be arrived at,” said additional district magistrate (Kumbh administration) Lalit Narayan Mishra.

Welcoming the government decision, Akhil Bharatiya Akhada Parishad said that Kumbh has always been held in a grand way and next year Kumbh will also be held in the same way.

“Maximum people should be allowed to take a dip. But keeping Covid-19 in mind, safety is of paramount importance but the steps being taken by the state government and mela administration are in the right direction,” said general secretary Akshar Parishad Mahant Hari Giri Maharaj.

In extreme cases, it can lead to heart failure due to insufficient calories and...

The Vivo Nex 3 and its 5G variant will feature Waterfall FullView Display, pressure-sensitive...

The US dollar has strengthened against other currencies amid risk aversion and flight...

A fresh set of leak suggests that Motorola is will also be launching the One Pro...

UIDAI is gradually opening all Aadhaar centres in India after getting permission...

As per the Supreme Court order, the Aadhaar work through CSCs was discontinued in...