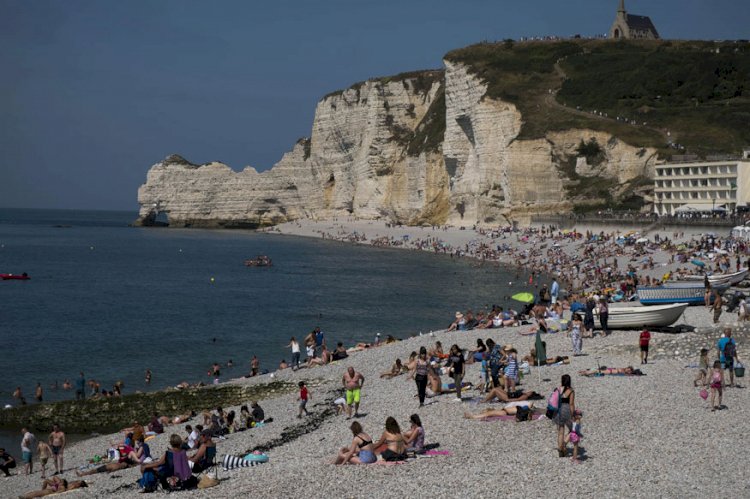 Panaji: Domestic tourists find a walk on Goa's beaches unsafe at night, but foreign tourists do not share the same concern, a study has claimed.

The study, titled "Safety Issues in Tourism in Goa - A Tourist Perspective", authored by Goa-based Dr Yasmin Shaikh and publised in the latest edition of International Journal of Research and Analytical Reviews, has recommended setting up of an all-women police force in order to instill confidence among women tourists, as well as a comprehensive effort to crack down on criminals preying on tourists in the coastal state.

According to the study, 62.19 per cent of domestic tourists felt unsafe about spending time on Goan beaches at night.

"Formation of an all-women police force for night patrolling will instil confidence among women tourists and intervene in an emergency situation," the study said.

Goa is one of the top beach tourism destinations in the country and attracts nearly seven million tourists, which includes more than half a million foreigners. Over recent years, however, the safety of tourists, especially women, on the state's beaches, has been an issue of concern.

"The death of 15-year-old Scarlet Keeling has made this place a talking point and a pet bashing subject for the foreign media. The deaths of foreign nationals raise the question whether Goa is still a safe destination for tourists," the study said.

A recent gangrape of a native young woman by a three tourists from Indore also heightened civic anxieties over the issue of woman's safety on the state's beaches.

Last month, the Panaji bench of the Bombay High Court directed the state government to set up a special cell for a focussed probe into the death of 245 foreign tourists over the last 21 years.

The study, which is aimed at researching the relationship between security issues and tourism, also said that a majority of the tourists claimed that medical facilties, as well as police assistance mechanisms, are not adequate at tourist sites and neither is information about dos and don'ts for visitors.

It also advocates that there should be greater emphasis on making tourists "feel secure and safe -- essential to the international competitiveness of the destination" as well as prompt, efficient and tactful handling of crimes against tourists and night patrolling of beaches.

"It must recognised that when the environment is safe, the visitor is also safe and that if the travel and tourism industry emphasises security, it will have a good chance of surviving," the research paper said.

A team of scientists may finally have found an answer to a question that has long...

The company is now offering one year of free subscription of Amazon Prime Video...

OnePlus has started rolling out stable OxygenOS 10 based on the new Android 10 update...

The findings, published in the journal Neuropharmacolog, shed light on how neurological...

DeX is the desktop-like experience that Samsung has developed extensively, and it...

Indian space agency Indian Space Research Organization (ISRO) is all set for its...