The developers have since pulled a bunch of these 'time-saving' in-game purchases, after early players highlighted fundamental issues with the system. 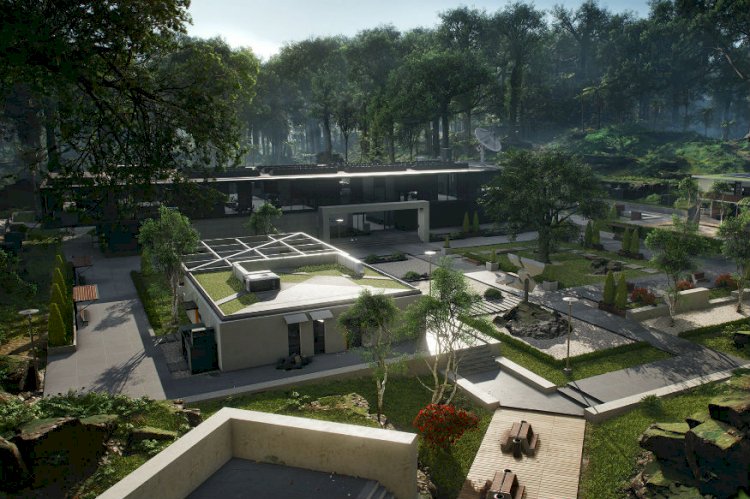 Tom Clancy's Ghost Recon: Breakpoint, Ubisoft's flagship AAA title for the year, is now available for purchase and download for all users on Microsoft Xbox, Windows PCs, Sony's PlayStation (PS4 and onward) as well as Ubisoft's Uplay+ streaming subscription service. While we wait to play the full version of the game, we've already gotten a glimpse of one of the many levels of the game. Now, the game has gotten off to a mixed start, where the positive responses to gameplay, storyline and technical details have been marred by complaints of dull build-ups, and a peculiar addition of too many microtransactions in the game.

In the game, the Ghosts now face off against a bunch of their own ex-allies, the Wolves, led by antagonist-in-command, Cole D. Walker. While our experience of the game's closed beta did not involve a face-off against him (read all about it here), it did include a glimpse of the kind of technology-driven warfare Ghost Recon: Breakpoint promises to be. In many ways, the game enterprises to bring its strategy-driven gameplay much closer to the way you use your own advanced warfare technologies in close combat, chase fights, stealth rounds and more.

However, straight upon launch, Ghost Recon: Breakpoint was found to include a rather startling number of in-game microtransactions, which offered to sell almost everything for a player to level upon quickly and proceed almost directly to the Breakpoint end-game. As has been noted on Reddit, Breakpoint's Early Access copies started by selling gun bundles, gun blueprint bundles, attachments and peripherals for fighting, shirts, armours, backpacks, tattoos, emotes, melee weapons, paint, gear camouflages, weapon upgrades, and most controversially, even skill points and battle point boosters. The list, from what it seems, was nearly endless.

Ubisoft has since announced that it was an error that led to these in-game purchases being included in the Early Access copies. Gamers raised concerns regarding Ubisoft's strategy, since adding vital elements such as skill points and battle points, which are important to progress through levels, mean increasing chances of players being able to buy their way through a game. In such circumstances, many speculate that in place of the usual gameplay durations, developers often tend to increase the gameplay hours required to get certain skill points, hence indirectly pushing gamers towards spending on these points.

Ubisoft, however, has denied such claims, and stated that it only aims to release these later in the game, as a way for later adopters to quickly reach the levels achieved by the first players of Breakpoint, only if they want to. Ubisoft's statement on the matter, shared with PCGamesN, says, "We are aware that during the Early Access of Tom Clancy’s Ghost Recon Breakpoint on October 1, some Time-Savers items (skill point bundles, XP boosters, [and] parts bundles for advanced weapon upgrades) were available for purchase for a few hours in our store, but this was not our intention and was an error on our behalf. These items were designed as an optional way for players arriving later to the game (post-launch) to catch up with those who have been playing for longer and enjoy our co-op and challenging end-game experiences. These Time-Savers have since been removed from our store for now."

Take it as you will, but given how important this year's Ghost Recon is for Ubisoft, it is hardly surprising that the company is tempted to offer a wide choice of microtransactions, in a bid to maximise the revenue drawn from the 2019 AAA title, Ghost Recon: Breakpoint.

The allocation will be utilised under the supervision of the Principal Scientific...

The winner will get ₹1 crore.

While retirement can free up time, deteriorating health and wellbeing often become...

Lenovo has unveiled yet another pair of wireless earbuds — the Lenovo HT10. These...

As the nation is fighting the menace of COVID-19 relief measures are coming in from...

The last iPhone models that sported the Touch ID fingerprint were the Apple iPhone...

Govt is making a list of migrant workers from states to offer health insurance benefits...

Paytm Postpaid is offers digital credit to its users where can spend now and pay...