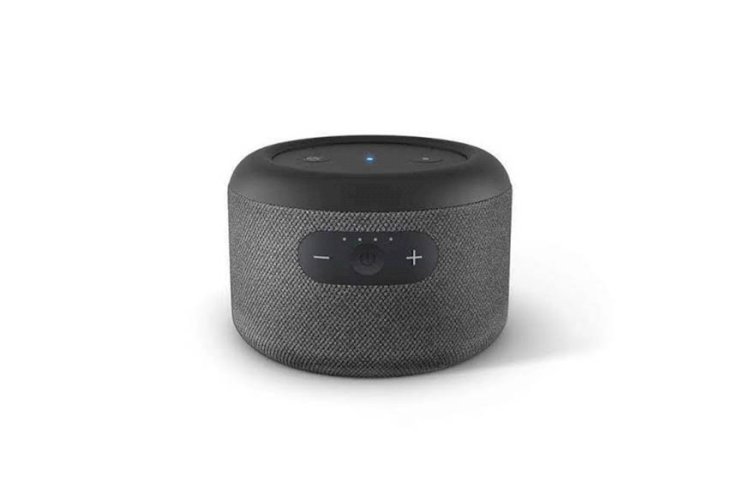 Amazon's Echo range of smart speakers are the most popular speakers in the world, and that includes India as well. Building on its popularity in the Indian market, Amazon has launched a new Echo smart speaker exclusively for the Indian market. Called the Echo Input Portable Smart Speaker Edition (yes, it is quite a mouthful), Amazon's latest offering is a compact speaker with 360-degree sound. However, in a rather unexpected twist, this speaker has a built-in rechargeable battery, making it the first battery-powered portable smart speaker from Amazon's stable. Amazon does say that the 4,800mAh capacity should last for 10 hours of music playback and offer 11 hours of standby battery life.

Amazon’s Alexa devices VP Miriam Daniel said “Portability has been one of the most requested features in India. You want to be able to carry Alexa with you from room to room within your homes. So we have designed something just for you". Notably, Amazon doesn’t sell any battery-powered Echo speakers anywhere else in the world as of now. Although it did release one called the Amazon Tap back in 2016, it was not well-received and was soon discontinued.

If you're a fan of the Echo range of smart speakers, then Amazon's latest wireless Echo will sound appealing to you, especially at its introductory price point of Rs 4,999. The Echo Input Portable Smart Speaker Edition will be released on December 18, and then the retail price will be hiked up to Rs 5,999.

The feature allows users to restrict access to their photos, timelines and posts...

The slice of your income that gets deducted—12 percent of your basic salary—towards...

OnePlus is expected to opt for a design overhaul with punch-hole displays instead...

The new Asus ROG Phone II is the newest gaming smartphone for India and the company...

Eyeing a boom in the number of coronavirus cases in the last couple of days, the...