According to Counterpoint's projection figures, Apple's iPhones may outsell Samsung's 5G devices, while Huawei may sell strong in China. 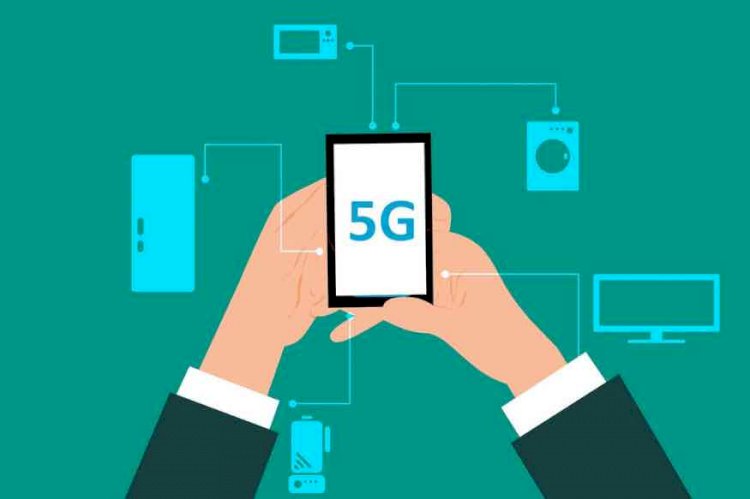 A Counterpoint whitepaper floated in China, and posted online by a Weibo user, has revealed a projection for 5G smartphone shipments in 2020. According to the report, Huawei (along with sub-brand Honor) is expected to ship the highest number of 5G devices among all smartphone makers globally, buoyed by strong demand for 5G phones that is expected to be seen in China next year. In second place, Counterpoint has stated that Apple will outrank Samsung with its 5G iPhones slated to launch in late 2020. 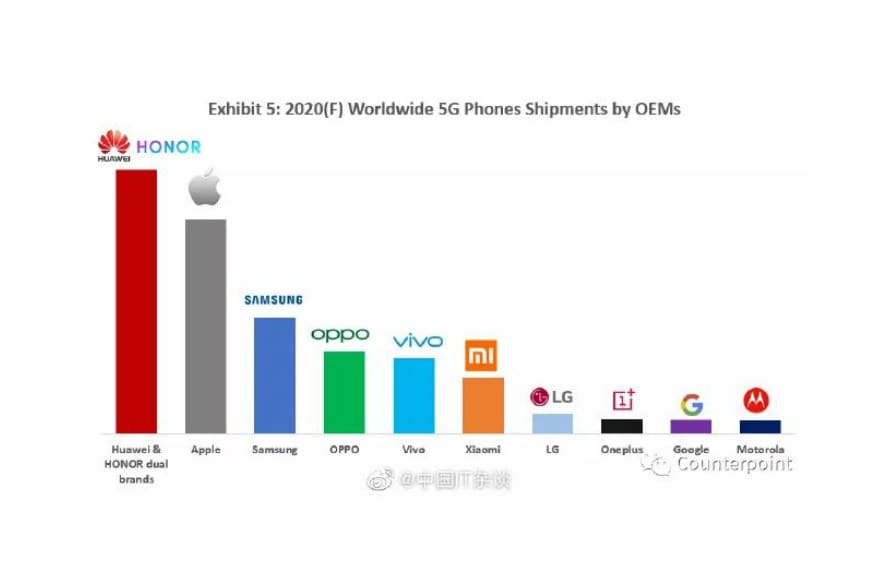 While Huawei topping the 5G shipments list is not particularly surprising, Apple's shipment projections for 5G devices outdoing Samsung's does come as a bit of a surprise. Apple typically launches its iPhones in September, which go on sale in late September/early October. Alongside the late launch, iPhones have steadily increased in pricing, and with 5G incoming, prices are expected to increase even further in 2020. Samsung, on the contrary, already has a head start on its rival when it comes to 5G devices, and in 2020, is expected to introduce more mainstream 5G devices that would be more affordable, and as a result, be available more easily to the average consumer.

It is this comparison that will be interesting to note, especially as OEMs go about launching 5G devices in nations where 5G rollout is scheduled for 2020. India, while being on the 5G chart, would likely not join the 5G bandwagon in full swing until at least 20201. That said, among the other seven OEMs mentioned in Counterpoint's 5G device projection for 2020, Oppo, Vivo and Xiaomi rank very closely with each other from fourth to sixth, followed by LG, OnePlus, Google and Motorola taking up the last four places of the top 10.

With 5G device shipments expected to account for nearly 15 percent of all smartphones shipped next year, it will be interesting to see which of the world's leading phone makers take the early lead, as the early round of the 5G rollout race expands for consumers through 2020.

Duo's voice call support feature is now rolling out to its smart speaker range including...

Even though Facebook is building a custom OS for Oculus and Portal, it won't be...

OnePlus is expected to opt for a design overhaul with punch-hole displays instead...

The 2nd gen Google Nest Mini will be a follow-up to the popular Google Home Mini...

The update will roll out for the latest generation Google Pixel 3a and the Pixel...

Despite the manufacturing ownership overhaul, the Moto 360 3rd gen sticks to its...

Notably, dark mode on the Google Pay app can only be enabled on smartphones running...